Defending Yourself against Assault Charges in Texas 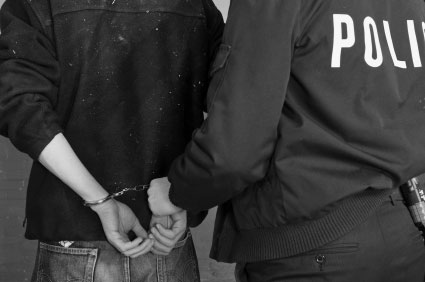 In the state of Texas, assault is a legal term that encompasses an extensive range of offenses that fall into one of five categories:

Assault by contact
Assault by threat
Assault with bodily injury
Deadly conduct
Sexual assault
Aggravated assault is not a separate category; instead, this charge refers to the use or display of a deadly weapon during the alleged incident. In Texas, items considered to be deadly weapons include, but are not limited to, the following:

You should obtain the services of a qualified Houston criminal defense lawyer if you have been charged with any type of assault:

Simple assault by contact is a Class C misdemeanor that requires there to be physical contact that is intended to insult, provoke, or offend another person. Shoving or making unwanted sexual contact with another person can result in an assault by contact charge.
Assault by threat is a Class C misdemeanor and requires no direct physical contact between the aggressor and the victim. It usually arises by making verbal or written threats of physical violence to the victim.
Assault causing bodily injury is what most people think of when the term assault is mentioned; it may take the form of a fight between two or more individuals or an attack that causes physical injury to someone else. Establishing intent is an important element in the prosecution of assault with bodily injury. An assault causing bodily injury can be charged as a Class A misdemeanor, a third degree felony, or a second degree felony depending on the circumstances of the alleged assault.
Deadly conduct offenses can include drive-by shootings, reckless use of a deadly weapon, or other activities that could lead to death or serious injury to others. If a firearm is used, deadly conduct charge may be enhanced from a Class A misdemeanor to a third degree felony.
Sexual assaults include forcible rape, molestation, date rape and other forms of forced sexual contact. The majority of sexual assault offenses are classified as second degree felonies.
Defending against any charge of assault requires the help of a knowledgeable and experienced Houston criminal defense attorney. Most first-time cases of simple assault are charged as class A misdemeanors. Upon conviction, the accused party may be fined up to $4,000 and be sentenced to a jail term of up to one year. For assault offenses that involve the use of a weapon or that involve forced sexual contact, second degree felony charges may be brought against the defendant, such charges can carry a lengthy prison sentence of up to 20 years.

Matthew Gallagher is an established and reputable Houston criminal lawyer with  experience  defending against assault charges. If you or someone you care about has been charged with one of these offenses, you need the best legal representation possible to clear your name and ensure your continued freedom. Matthew Gallagher can provide you with the best possible defense to help you get your life back.