The Right Defense for Cultivation of Marijuana Charges 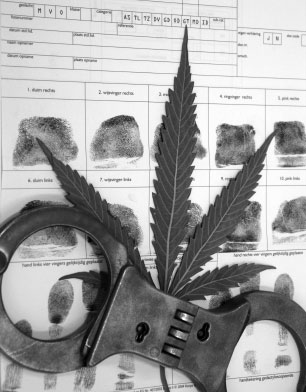 Cultivation of marijuana plants is  treated as a type of possession in the state of Texas and can lead to felony charges even if the plants were intended only for personal use. Other factors can also increase the severity of the charges and penalties for cultivating marijuana plants:

Possession of drug paraphernalia at the time of the arrest
Previous convictions for drug offenses
The aggregate weight of the plants cultivated
Proximity to a school, park, or other designated drug-free zone
Evidence indicating intent to sell
Because cultivation of marijuana is considered atype of possession, the penalties for these charges are based on the weight of the plants. In most cases, law enforcement officials will weigh the entire plant when determining the degree of the offense. This can quickly add up to a far more serious charge than simple possession of marijuana in a usable form.

For possession of two ounces or less, you may be fined up to $2,000, sentenced to up to 180 days, or a combination of both.
Possession of marijuana in amounts more than two ounces but not exceeding four ounces can result in fines of up to $4,000 or jail time of up to one year.
Four ounces to five pounds of marijuana in your possession can lead to a $10,000 fine and up to two years in prison.
If you are arrested with five pounds to 50 pounds of marijuana plants in your possession, you could face 10 years in prison and a fine of as much as $10,000.
Arrests for more than 50 pounds of marijuana can result in 20 years in prison and a fine of up to $10,000.
Possession of more than one ton of marijuana can lead to life in prison and a fine of up to $50,000.
If you have been arrested in the state of Texas for the cultivation of marijuana, retaining a qualified Houston drug lawyer is your best option for avoiding extended jail time and a large fine. An knowledgeable Houston criminal defense attorney can provide you with legal representation to have charges dismissed, negotiated to reduced charges, or to seek an acquittal at trial.  In some cases, it may be possible to identify missteps made by law enforcement personnel during the investigation of your case or to establish reasonable doubt regarding your possession of the marijuana plants that form the basis of the prosecution’s case.

Matthew Gallagher is an established Houston criminal defense lawyer  who zealously defends his clients against drug charges in the state of Texas. His knowledge and insight into law enforcement procedures and the legal process can identify weaknesses in the prosecution to provide you with a vigorous defense for your case. By exploring every possible avenue to defend you against these charges, Matthew Gallagher can help you achieve the best possible outcome for your case.