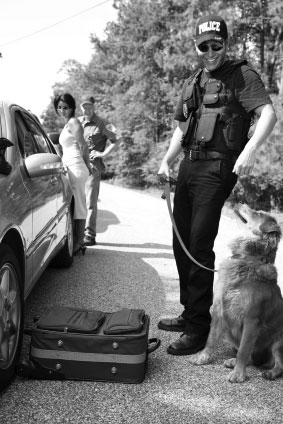 Presenting the best possible defense in your drug trafficking, transportation, or distribution case depends on retaining a competent Houston drug lawyer to represent you effectively. The right representation can help you avoid an extended prison term, get the charges dropped, or result in your lawyer negotiating reduced charges or a plea agreement that can significantly lessen the penalties for drug trafficking or transportation offenses.

An knowledgeable Houston criminal defense attorney can often gain a dismissal of charges or a reduction in the level of the alleged offenses by employing an affirmative defense to the charges against you. These established defenses include the following:

If you were not aware that you were transporting controlled substances, you cannot be held responsible for your actions. For instance, if drugs were placed into your car or stored on your property by unknown individuals, you should not reasonably be convicted of transportation or trafficking in those drugs.
If you were not aware of the nature of the substances you were transporting, you can use that fact in your defense. However, this defense may fail in court or in pre-trial negotiations if you should have reasonably been aware that you were transporting drugs.
If you transported or trafficked in illegal drugs under duress, you cannot be held responsible for these actions. The threats or use of physical force involved may have been directed toward you or towards your family members or loved ones.
If the substance transported was not intended for use by humans, you may be able to defend against some or all of the charges against you.
Enlisting the services of a qualified Houston criminal defense lawyer is vital to ensuring an effective defense against trafficking and transportation charges. Matthew Gallagher has experience in representing clients on drug charges and will work to seek an acquittal at trial or negotiate with prosecutors on your behalf to have the charges reduced or dismissed. His comprehensive knowledge of the Texas legal system can improve your chances of avoiding jail time and substantial fines for these serious drug offenses.