Defending Against Charges of Domestic Assault and Family Violence 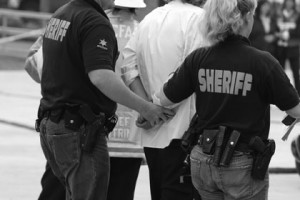 If you have been accused of assault by your spouse, your children, or any member of your family, you need professional legal representation to protect your rights and your reputation from these serious charges. Domestic assaults are generally considered misdemeanor charges in the state of Texas. However, zero tolerance policies have led to increased arrests and a reduced degree of investigation prior to an arrest because of such policies. Additionally, the no-drop policies embraced by many Texas prosecutors’ offices mean that even if the primary witness recants his or her story, the case will still be prosecuted against the accused in a court of law.

If your household has had any previous incidents in which the police were called to the scene or if reports of domestic violence have been made in the past, you, your spouse, or your family member may be arrested and removed from the scene immediately. Police may also remove children from the custody of their parents based on a brief investigation and a report that may have no basis in fact. The impact of the zero tolerance policy on Texas families cannot be overstated; this policy has led to numerous arrests with little or no evidence and may have actually artificially inflated the number of domestic violence cases in the state.

The no-drop policies currently used in Texas can exacerbate this problem to a considerable degree. Even if the reporting party refuses to testify or recants his or her statements, the prosecuting attorneys will typically pursue the case fully all the way through a trial. This policy is intended to protect the welfare and lives of men, women, and children who may be intimidated by an abusive family member and may be too fearful to carry through with prosecuting the abuser for his or her actions. Although the motivations behind these policies are generally good, such policies can easily lead to the prosecution and persecution of innocent individuals who have been falsely accused of domestic violence and assault.

Penalties for domestic assault cases vary depending on the severity of the assault, whether a gun or other deadly weapon was used or displayed during the incident, whether the victim was choked during the assault, and whether the defendant has any previous family violence convictions. Aggravated assault offenses are usually charged as second degree felonies; most other first time family assault charges are considered misdemeanor offenses.

Engaging the services of a knowledgeable Houston criminal defense attorney can help you navigate the legal process effectively and can ensure that your side of the story is heard in court. Matthew Gallagher has defended numerous clients against charges of domestic violence, family assault, and abuse. His knowledge, expertise, and understanding of the Texas legal process can provide you with added help during this difficult time. As an experienced Houston criminal defense lawyer, Matthew Gallagher can provide you with the most effective representation to ensure that your rights are protected against false allegations and the overly zealous legal system.