Kick Off the New Year With a Valid Driver’s License

Maybe you have never had a valid driver’s license at all, make this year the year you obtain one for the first time.  Whatever your situation may be we are here to help you start the year off on a good note. This can be the year that you finally don’t have to worry about always looking over your shoulder when driving due to your invalid, revoked, or suspended driver’s license. You deserve the freedom and peace of mind driving legally.

We wish you a successful and prosperous New Year and we are here to help you get your driver’s license issues handled once and for all.  Don’t wait any longer, setup your free personalized consultation today. Drop us a line, give us a call, or book an appointment online.

Stepped Up DWI Enforcement for the Holiday Season

Just as in past years citizens should expect to see more officer’s out during this year’s holiday season specifically targeting intoxicated drivers. There will be a concerted effort by different police agencies to specifically target drivers who are suspected of driving while intoxicated or driving under the influence.

Statewide stepped up enforcement efforts where announced by The Texas Department of Public Safety (DPS) yesterday for essentially the remaining portion of this year. [Press Release] Efforts by the DPS last year seem to have been frutiful as they made nearly 1,500 arrests during the 2014 holiday season in part to their stepped up efforts during the holiday season last year. [Press Release] 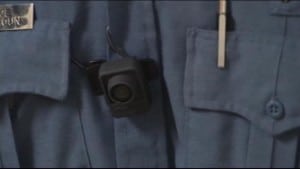 More importantly, it’s not just making the purchase of the cameras, the content and more importantly the enforcement of the department’s body camera policies will be  crucial for them to be successful in the field. END_OF_DOCUMENT_TOKEN_TO_BE_REPLACED

Possible life in prison for marijuana brownies? Are Texas drug laws too harsh?

A Round Rock, Texas man has been charged with a first Marijuana Brownies – Matthew Gallagher Houston Drug Lawyerdegree felony for allegedly making and selling marijuana brownies and cookies.

According to KEYE-TV a man recently accused of murder in the same county was recently sentenced to 20 years after being convicted of murder. There is a huge difference between making and selling some marijuana brownies and cookies, and committing a  murder, yet in Texas they can carry the same penalty range unfortunately.

The possible penalties for white collar crime  in Houston strikes fear in those who have been arrested on these charges. That is because a majority of people charged with these types of offenses have never been arrested or seen the inside of a courtroom before. The first thing that anyone in this situation needs to do is protect their rights by hiring a Houston criminal defense attorney.

White collar crime penalties encompass more than just criminal punishments. In some cases, the government or the victims of the illegal act will file civil lawsuits against the accused. However, a criminal lawyer can help the accused address all of these issues.

What Is a White Collar Crime?

Laws concerning marijuana use and possession have been evolving rapidly in many U.S. states. Medical marijuana is legal in several states now, and Colorado recently made it legal to use marijuana for recreational purposes. Texas is one state that has not budged an inch on the matter, but that could be changing soon. The Lone Star State has some of the toughest marijuana laws in the U.S., but a few state legislators and several others are seeking to change that.

Just as many states have relaxed or even eliminated many laws concerning the use of marijuana, Texas continues to throw the book at people for END_OF_DOCUMENT_TOKEN_TO_BE_REPLACED

Domestic violence is not a comfortable condition for anybody even slightly involved in the situation, and children are not immune from this impact. Many of these effects occur relatively quickly after the domestic violence has occurred, while others are seen years down the line.

Since children tend to imitate what they see, oftentimes they will learn that violence is acceptable and part of a normal relationship and will become abusive in their own relationships with others. These relationships can include those that occur while he or she is still young as well as when they are an adult.

Some of the behavioral disturbances that can occur in children who witness this violence include aggression towards or withdrawal from others, low self-esteem and an increased level of anxiety.

Later in life, somebody who has witnessed these conditions during childhood is more likely to END_OF_DOCUMENT_TOKEN_TO_BE_REPLACED

Justin Bieber’s freedom to drive would be in serious jeopardy in the Great state of Texas if he’d been arrested for drag racing and driving under the influence like he was in Florida. Matthew Gallagher,
Attorney at Law, supports the The State of Texas’ has a ZERO TOLERANCE LAW policy for minors and alcohol; this means drivers younger than 21 years old can’t operate motor vehicles with ANY amount of alcohol or drugs in their systems. Period. Texas takes this seriously.

Per Texas Department Motor Vehicles, minors could potentially get slapped with 90 days of license suspension if the judge were to award him community service in lieu of some of the license suspension time, which might bo good for him right about now. He would have to jet around town in his rented Lambourginis with an ignition interlock device – more on this later.

Judges tend to be hard on minors with hopes that it makes an impression. Remember, it’s not just YOUR life, it’s those in the car with you, those on the streets around you as well as the cars on the street with you. It just isn’t worth it.

If you are a minor like Mr. Bieber, give Matthew Gallagher – a call. We’ll talk through what WILL happen, what NEEDS to happen, and start making plans for your future.

Lt. Dewhurst notes that he has a personal interest in intoxication manslaughter cases, but this is also likely in direct response to the widely publicized case of a Texas teenager who recently killed four people in an accident in which he was intoxicated who received probation.

As the law currently stands the trial court judge or jury has complete discretion (within the relevant penalty range) to determine the punishment of someone facing intoxication manslaughter charges. Probation is option available to the judge or jury under most circumstances. It should not be the legislature’s job to second guess trial court’s decisions or to establish mandatory minimums irregardless of the underlying circumstances of each case that the trial court is in the best position to know.

You can read the entire story here.

If you or someone you know has been arrested or charged with an intoxication related offense you should immediately contact Attorney Matthew Gallagher.  He can be reached by phone at (713) 893-4350 or by e-mail at [email protected]