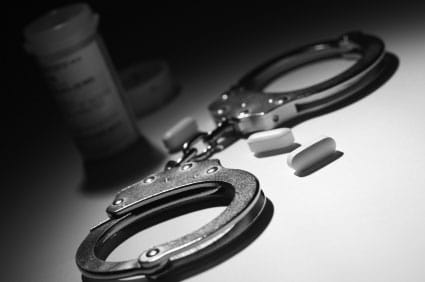 Prescription fraud is a major concern for Texas law enforcement agencies and encompasses a number of different offenses:

Hydrocodone
OxyContin
Vicodin
Xanax
Ritalin
Valium
Internet prescription fraud typically involves international or interstate trafficking. As a result, these cases are generally investigated by federal agencies that include the U.S. Drug Enforcement Agency. In some cases, the Federal Bureau of Investigation or U.S. Postal Inspectors may also be involved in the investigation process.

If you or someone you care about has been charged with an offense connected to prescription drug fraud or illegal possession or distribution of prescription medications, you need the help of a knowledgeable and aggressive Houston drug lawyer to ensure the best possible defense against these serious federal and state charges.

Penalties for prescription fraud vary depending on the quantity and type of drug involved in the specific offense.

Offenses involving drugs listed in Schedule I or II of the Texas Controlled Substance Act typically lead to second degree felony charges in the state of Texas and can result in up to 20 years in prison or in a fine of up to $10,000.
Illegal possession or distribution of prescription drugs listed in Schedule III or IV is a third degree felony that can lead to a 10-year prison sentence and a fine of up to $10,000.
Prescription drug offenses for Schedule V substances are Class A misdemeanors and are punishable by up to one year in jail and a fine of not more than $4,000.
Prescription drug offenses can be prosecuted at either the state or federal level, it is vital to retain the services of a Houston criminal defense lawyer with experience in both state and federal drug charges. Matthew Gallagher is a knowledgeable Houston criminal lawyer with extensive knowledge in defending both state and federal cases effectively. By hiring Matthew Gallagher you will be putting his experience and expertise to work for you and you can rest assured that your Texas prescription fraud drug case will be zealously defended.