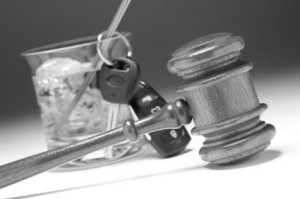 Under Texas law, drivers can be charged with felony DWI if they are arrested for one of the following offenses:

If you or someone you care about has been charged with a felony intoxication related offense, it is critical to obtain competent legal representation from a Houston DWI attorney immediately to protect your legal rights and to avoid sizable fines and lengthy jail sentences. Failure to act quickly can result in the administrative loss of your driving privileges regardless of the outcome of your court proceedings.

After two or more DWI related convictions, any subsequent DWI arrest in Texas is considered a third degree felony. If you are convicted of DWI for the third time, you may be subject to the following penalties:

If you are arrested for DWI while transporting a passenger under the age of 15, you will most likely be charged with a state jail felony under Section 49.045 of the Texas Penal Code, more commonly referred to as DWI with Child Passenger. If you have ever been convicted of any other felony, however, this will be upgraded to a third degree felony and will be subject to the same potential penalties as a third-strike DWI arrest.

Matthew Gallagher is a qualified Houston criminal attorney with years of experience in defending DWI cases. His knowledge of the Texas legal system, combined with his willingness to think outside the box and ability to utilize solid defense strategies allows him to fight for the best possible outcome in felony DWI cases.