Defending Juvenile Offenders in the state of Texas 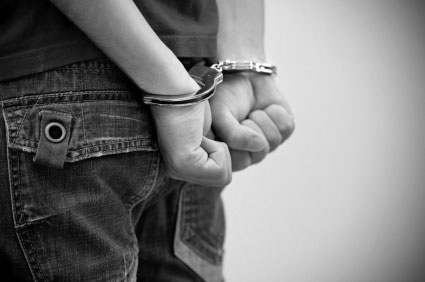 Juvenile offenses can have a lasting effect on future employment and education opportunities available to you a young person once they reach adulthood. I
n most cases, charges brought against juveniles in the state of Texas are handled through juvenile court proceedings and may be sealed or expunged later. However, there is a growing trend to charge juvenile offenders as adults in regular court. This practice has led to numerous cases in which young defendants have been convicted and punished with extended jail sentences and permanent records from youthful mistakes. Unfortunately, situations like that can often lead to a lifelong pattern of criminal activity and incarceration for those impressionable children.

Juvenile offenses encompass the same general areas as adult crimes; however, due to their youth and the effects of peer pressure, children and teenagers are more likely to engage in certain types of activities. Some of the most common juvenile offenses include the following:

If your child has been arrested on any of these offenses or for other crimes, you need the help of a Houston criminal defense lawyer knowledgeable in defending juvenile offenders in the state of Texas. A skillful Houston criminal attorney can often have minor charges reduced or dismissed against your child. On more serious charges, the right lawyer can negotiate directly with the prosecution for a
diversion program, a suspended sentence, or community service arrangements for those crimes.

Diversion programs for juveniles typically are based on the nature of the crime committed. For example, a juvenile arrested for assault might be required to undergo anger management therapy and to make financial restitution to the person injured in the assault. DUI, DWI, and other alcohol-related offenses might lead to a diversion program based on treatment for alcohol abuse and a commitment of sobriety. By urging the prosecution to put the focus on rehabilitation rather than punishment for juvenile offenders, an effective criminal defense lawyer can help promote a more caring and productive approach to these offenses which may help prevent the future problems of institutionalization and criminalization that too often arise for prior juvenile offenders.

Juveniles who have been accused of murder, certain sexual crimes, possession of significant amounts of drugs, and assaults resulting in serious bodily injury may be charged as adults in Texas courts. Retaining the services of a professional Houston criminal defense attorney can help prevent this and can reduce the risk of prison time for your child.

Matthew Gallagher has defended numerous criminal cases in which his clients were charged with a wide range of criminal offenses. He has had significant success in having charges reduced or dismissed against his clients and in achieving diversions for other offenses. His comprehensive knowledge of the Texas juvenile legal system allows Matthew Gallagher to work effectively on behalf of your child and to fight for the best outcome for minor and more serious criminal charges against juvenile offenders.