Home » DWI Defense » Driving While Intoxicated / Under the Influence (DWI/DUI)

Driving While Intoxicated (DWI) / Driving Under the Influence (DUI) 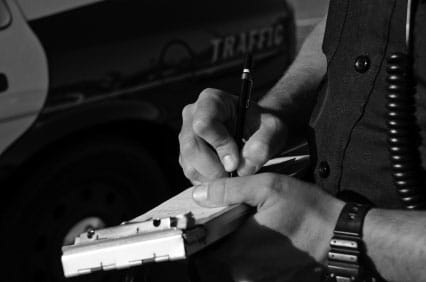 DWI and DUI incidents can lead to serious legal consequences for drivers in the state of Texas. Obtaining competent legal representation is critical if you have been arrested or cited for any of the following offenses:

Driving While Intoxicated (DWI)
Driving Under the Influence as a minor (DUI)
Subsequent DWIs or DUIs
DWI involving injury (Intoxication Assault)
DWI involving death (Intoxication Manslaughter)
DWI or DUI charges can result in the loss of driving privileges, fines, and jail time if the accused individual is convicted or pleads guilty to the offense.

For both minors and adults, a first-time DWI offense carries harsh penalties intended to discourage Texas residents from drinking and driving. Most drivers charged with DWI are stopped by law enforcement and subjected to a field sobriety tests at the scene. A breath alcohol test may also be performed or a voluntary or involuntary blood alcohol test may be performed. Individuals charged with DWI are subject to automatic suspension of their driver’s license through a process called an Administrative License Revocation if they fail a breath or blood alcohol test or if they refuse testing. If convicted, drivers can be subject to penalties that include the following:

Jail time of up to 180 days
A fine as much as $2,000
Up to 100 hours of community service
Mandatory DWI alcohol and drug education program
Possible driver’s license suspension for at least 90 days up to 1 year (mandatory minimum 90 day suspension if a minor)
Subsequent DWI arrests and convictions can result in larger fines, longer jail sentences, and extended suspension of driving privileges in the state of Texas. A second DWI can subject drivers to penalties that include the following:

Jail time of up to 1 year
A fine as much as $4,000
Up to 200 hours of community service
Mandatory repeat offender DWI alcohol and drug education program
Driver’s license suspension for at least 180 days up to 2 years
Felony DWI charges carry significantly larger penalties. Drivers can be charged with a felony for the following offenses:

A subsequent DWI arrest when there are two prior DWI convictions
A DWI arrest while a child under 15 was a passenger in the vehicle
DWI leading to a car accident in which another individual was injured; this is referred to as intoxication assault
DWI that was responsible for a car accident resulting in the death of another individual; this offense is known as intoxication manslaughter
Intoxication manslaughter charges carry the most severe legal penalties and can result in lengthy prison sentences even for first-time offenders. Felony DWI convictions can result in major penalties that include fines of up to $10,000, jail time of up to 20 years, and extended probation and community service requirements for drivers in the state of Texas.

Driving Under the Influence (DUI)

Under Texas law only a minor (an individual under the age of 21) may be cited for or charged with Driving Under the Influence (DUI).  Anyone, including a minor can be charged with Driving While Intoxicated (DWI).  A DUI is not synonymous nor the same offense as a DWI under Texas law. A minor can be arrested or cited for DUI if they have any detectable amount of alcohol in their system while driving.  Any “detectable amount of alcohol” is a much lower standard than “intoxicated” which is what a DWI charge requires.  Based on the circumstances it is within the officer’s discretion to determine whether a DUI or DWI is appropriate when a minor suspect is involved.

Being charged with Driving Under Influence as a minor is a serious offense which could have long lasting effects on an individual’s life if not handled properly.

The possible penalties for a first or second DUI include the following:

A fine as much as $500
Between 20 – 40 community service hours
Suspension of driving privileges for at least 60 days up to one year
Mandatory alcohol awareness classes
Possibility of a permanent criminal record
For minors that have incurred previous offenses, the consequences can be even harsher. Possible penalties for minors convicted of two or more DUIs include the following:

Jail time of up to 180 days
A fine as much as $2,000
Between 40 – 60 community service hours
Suspension of driving privileges for at least 90 days up to 1 year
Mandatory alcohol awareness classes
A permanent criminal record
Obtaining the services of an experienced Houston DWI attorney is critical to protect minors from the full force of the law in these cases.

If you or someone you know has been charged with any of these offenses, you need the best possible legal representation to protect your rights. Matthew Gallagher is an experienced Houston DWI lawyer with a proven record of obtaining favorable outcomes for his clients. His knowledge of the legal process can help you achieve the most positive outcome possible for your particular case.